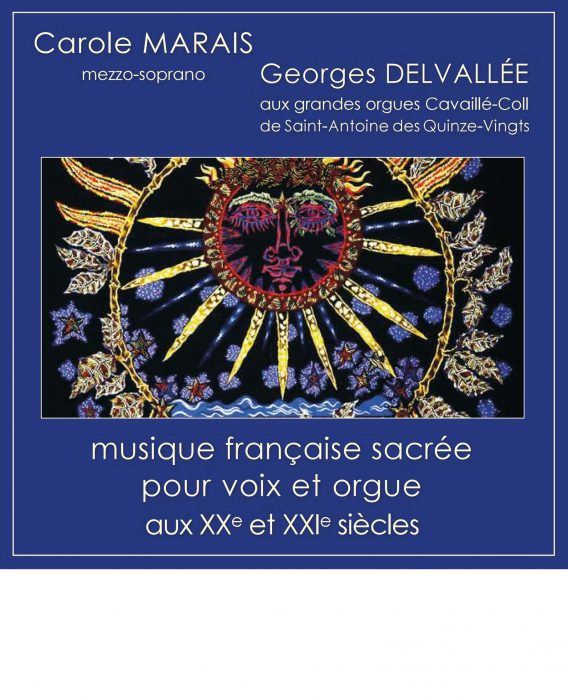 Carole MARAIS, Georges DELVALLÉE, 13 pieces for voice and organ by Marcel Landowski, Jean Langlais, Louis Vierne, Charles Tournemire (transposition), André Jolivet, Jean-Jacques Werner Tonal or modal colors, polytonal or atonal under the aesthetic principles of John Ruskin invoking the stained glass of “painted slides“, ie “illuminations“: “but of making writing, simple writing, beautiful of the eye, by investing it with the great chord of perfect colour, blue, purple, scarlet, white and gold, carefully excluding shadow; the distinctive difference between illumination and painting proper, being, that illumination admit no shadows, but only gradations of pure colour “.

Having started her studies of singing and cello at the Troyes Conservatory, Carole MARAIS deepens her training in Paris with the eminent baritone David PITTMAN-JENNINGS. 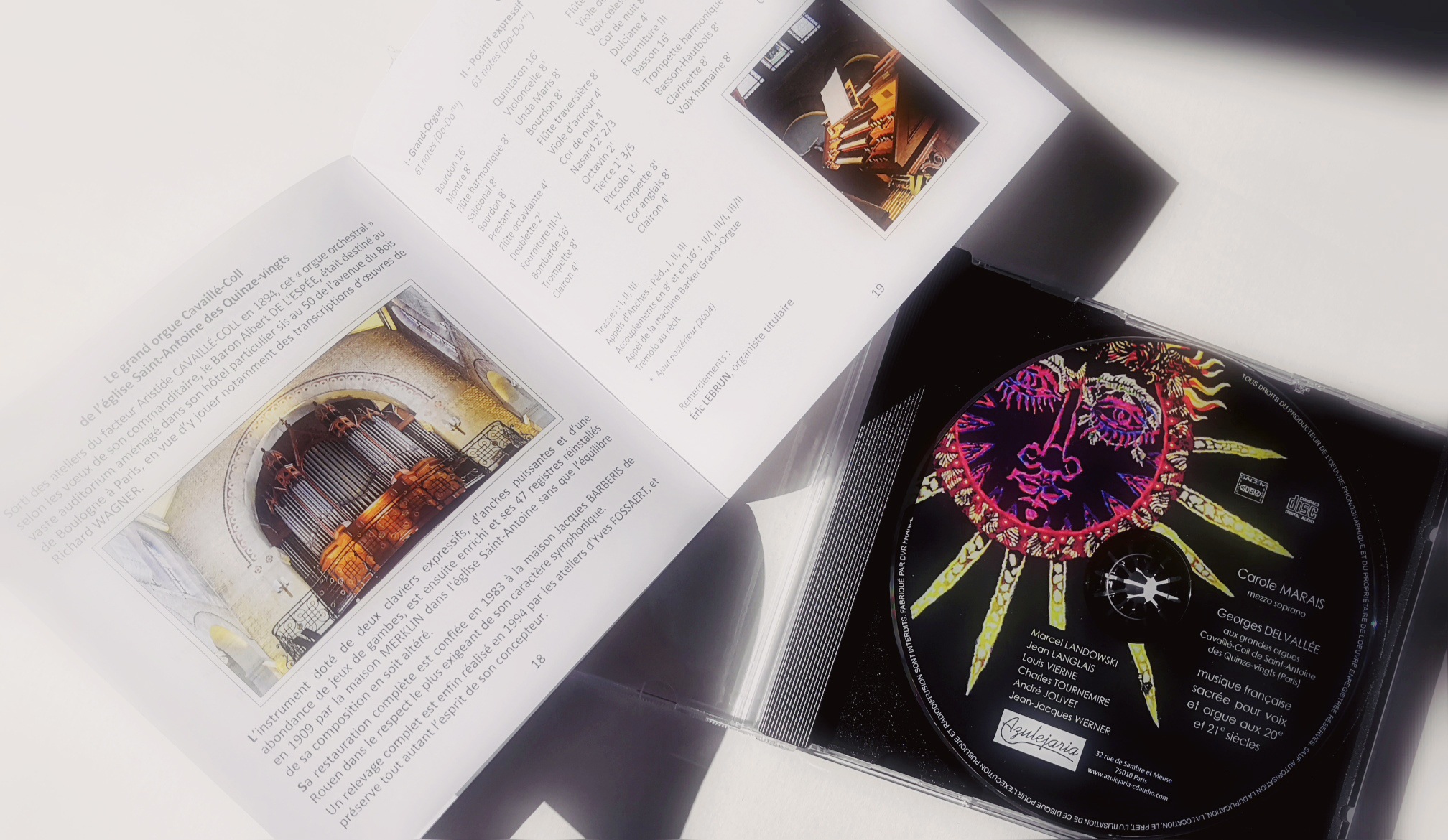 His meeting with Georges DELVALLÉE, organist and pianist, leads him to explore the repertoire of sacred music of the twentieth century, as well as the known and unknown repertoire of French music that they discover at concerts of voice and organ or during voice and piano recitals. At the concert, she sang under the direction of prestigious conductors, Jeffrey TATE, Charles DUTOIT, Ricardo CHAILLY, Romano GANDOLFI, Peter SCHNEIDER …

The unmatched alliance of voice and organ in a universe of mystery and light.

The French art of melody in the twentieth century of pure poetry is unfolding in an ever-expanding universe, by the melodic line that compels itself to reveal an indescribable meaning and the harmonic richness with which it is adorned.

The works that make up the present album offer a striking image of this efflorescence that has occurred since the Romantic period until the present times, when the sacred gives itself, not as the expression of a ritual but of a subtle and luminous sensibility.