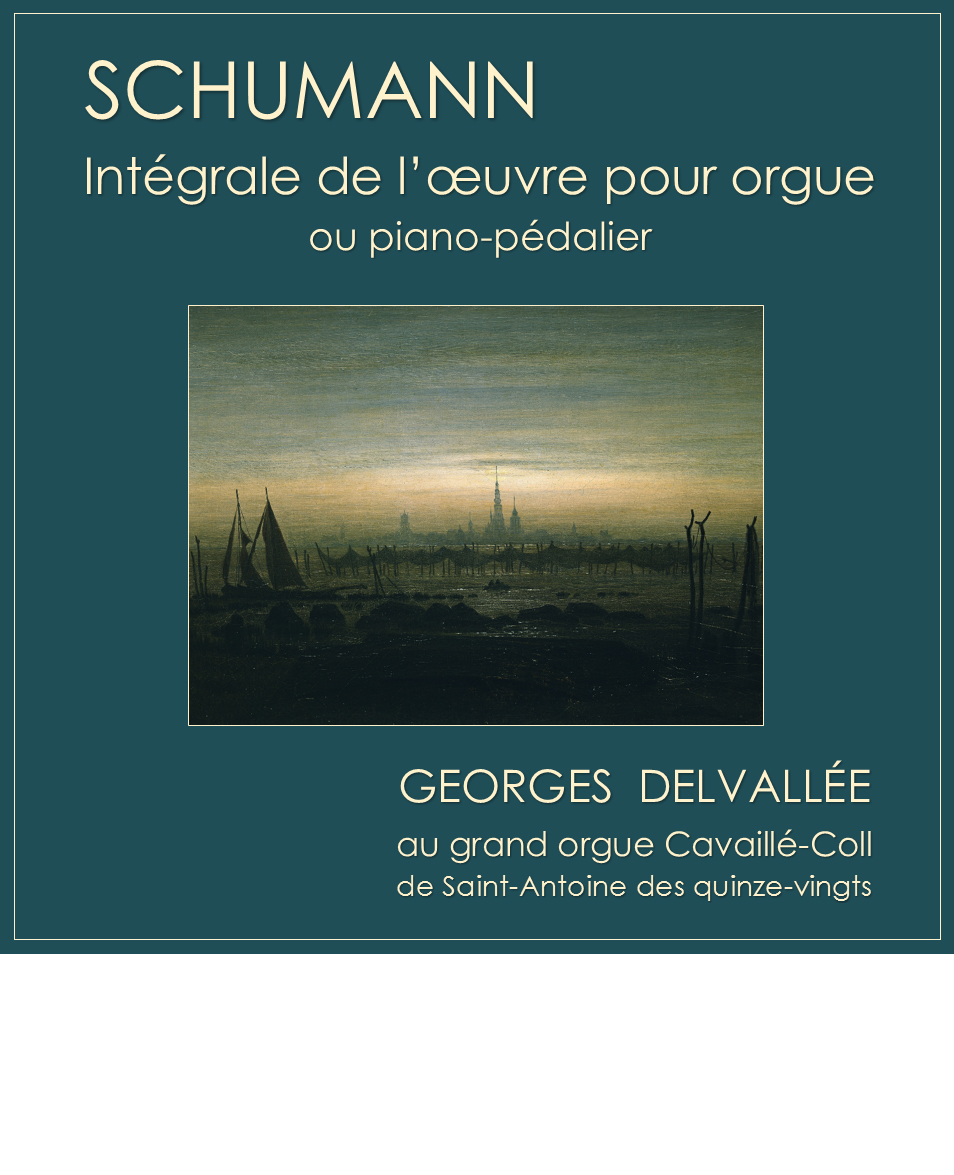 Do practise the great masters’ Fugues, above all those by J.-S. Bach. Let the “well-tempered clavier” be your daily bread. Never Jose one opportunity to practise the organ, for it will get its revenge if your way of playing or composing is inadequate and confused”.

These quotations from The musician’s rules of conduct show the importance in Schumann s work of the pieces for the piano with pedal-board or the organ. In the summer of 1844 Schumann moved from Leipzig to Dresde, and this had a very bad effect on his already fragile nerves, resulting in a feeling of isolation which paralysed his creative power for almost six months. In the spring of 1845 he was thinking of preparing a critical edition of the Well-tempered clavier to replace that by Czerny, considered inadequate. The publishers, however, refused to take such a risk at a time when J.S Bach s work hadn’t been fully recognized yet. As he was forced to give up this project temporarily, he resumed his contrapuntal studies, no doubt from a need to use his reason more than his imagination: he rejected Cherubinis theory of the counterpoint, and, as Clara notes in her diary, he developed a real passion for the Fugue, which resulted in the following works: