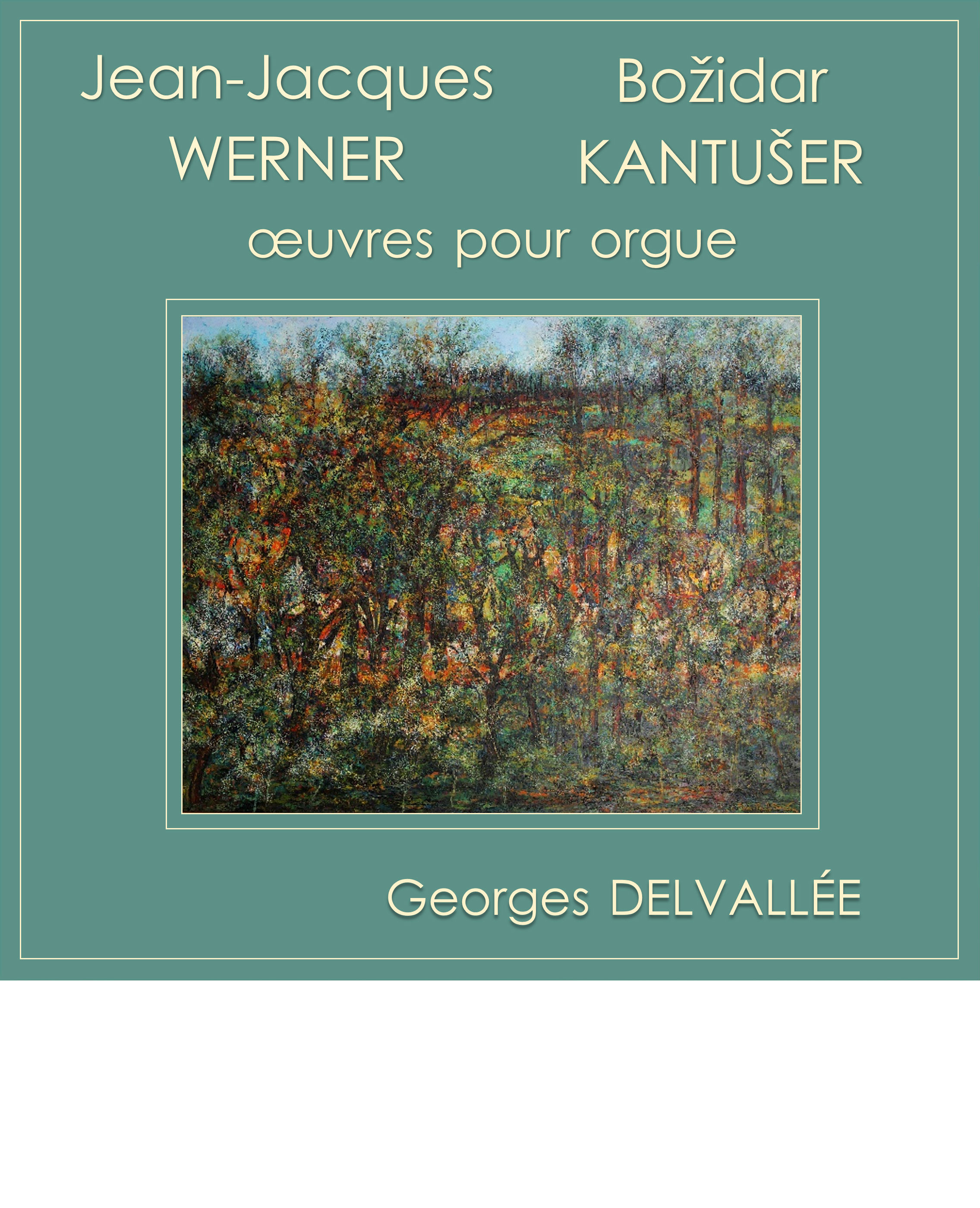 This set presents two contemporary composers whom we discover the sensible universe, through intense rhythms. Georges DELVALLÉE expresses every nuance and coloration, through the accuracy of its registrations.

This set presents two contemporary composers whom we discover the sensible universe, through intense rhythms. Georges DELVALLÉE expresses every nuance and coloration, through the accuracy of its registrations.

Organ works
“Mine is a double cultural tie. First Alsace, the lutherian choral, my studies in Strasbourg with Fritz Münch and Amy Dommel-Diény. Then Paris, another musical melting pot : the Latin liturgy, the French Renaissance, and of course my fateful encounter with the master Daniel-Lesur…”

Jean-Jacques Werner, both conductor and composer, patiently builds an unparalleled musical universe that Georges Delvallée, by way of the works he hereby interprets, renders through an architecture of atmospheres and tones, melodic contours on various superimposed planes, and rhythmic intensity.

Full score of the organ works

Musician, born on December 5th 1921 in Slovenia. During the war, to flee the occupier, he settles in Ljubjana and becomes composer Srečko Koporc’s student. Arrested, deported to Italy, he escapes and joins the Yougoslavic resistance in 1944 before returning to his composition studies.

During the 50’s, he lived in Paris where he studied under Olivier Messiaen and Tony Aubin amongst others. He then traveled and shared his time between France, the United States and his homeland.

He is owed the creation of the Bibliothèque Internationale de Musique Contemporaine, now set up in the national superior music academy’s premises. The library today shares her founder’s name.